Myth-busting about a Co-working Space 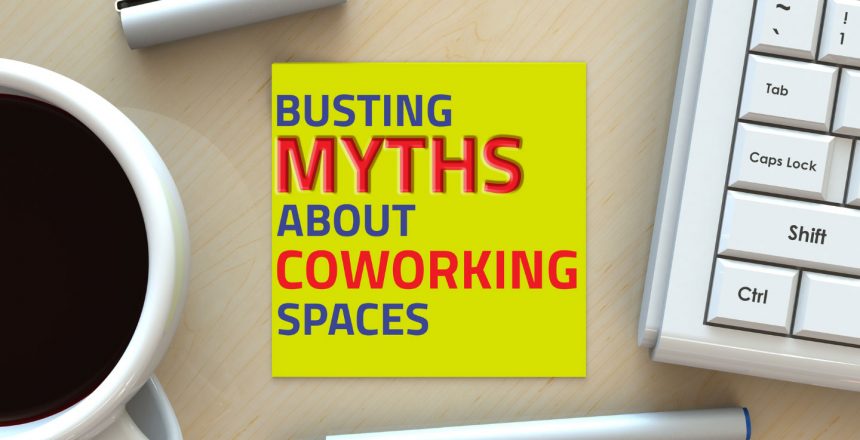 In India, many businesses have adopted the idea to work in a dynamic shared working space rather than working in a traditional office space. Nowadays, if you ask any millennial about the idea of a workspace, they would most likely lean towards a co-working space. But, many nevertheless think that this shift from traditional to a shared workspace might damage the long-term business norms. As it is normally observed with anything new in the market, there come numerous myths and fundamental misconceptions, the similar situation is with a co-working space set up. Busting these myths to alter your perspective towards the concept of a co-working space is what we, at Truworx look forward to.

It is believed that co-working spaces are extremely noisy, unproductive and full of loud people. Technically, co-working spaces is great for networking and making connections to help a business or you as an individual grow. They say, co-working space is about all play and no work but it has been seen that the majority of the members show extraordinary levels of productivity. For any worker who needs a quiet and private place, Truworx has the option of private offices available.

Although initially when the concept of co-working was formulated, it was solely for freelancers and self-employed people. Over the period of time, it has created diversity among the office space stage areas. People of various age groups are now getting attracted towards these shared office spaces. Big & successful corporations like Microsoft, Zomato, KPMG, Spotify and many more have started asking their employees whether they would be willing to work in a co-working office space and the trend is only rising. We, at Truworx, can constantly adjust according to your needs to assist you in the best way we can by offering tailored-made solutions.

Whether you need a dedicated desk for you as an independent professional, a private office or a meeting room for your team, a co-working office space has it all affordable at flexible pricing that meets your budget. A co-working space is more effective than signing a lease for a traditional workspace wherein ultimately you need to move to a bigger space if and when the size of your team changes.

GET IN TOUCH WITH US.

If you or your business is reaching heights professionally and you need a ready to move-in office space which is an ideal all-inclusive, dynamic and a functioning workspace model, then Truworx is perfect for you. Get in touch with our team.

Want to partner with us? Learn More